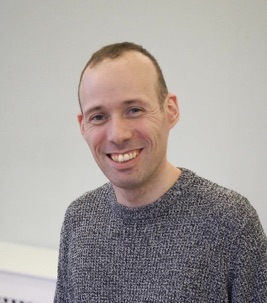 Mr Florey said “It is now more important than ever that we have a dependable and distinctive green voice in the election process. I want a secure and positive future for all residents living in Crowthorne, Sandhurst, Wokingham Without and Bracknell and I believe sincerely that the Green Party has the range of policies and the dedication to achieve this. Over the coming weeks or months, I am looking forward to sharing the many life-enhancing exciting new opportunities our plans can deliver.”

Mr Florey, 35, a life-long resident in Bracknell, has worked at South Hill Park Arts Centre in Bracknell in a variety of capacities for 12 years. He has previously stood for the Green Party as a parliamentary candidate in 2015, as well as a local council candidate for Great Hollands South in 2015 and 2019. Mr Florey has also actively campaigned on climate-related issues as well as campaigning against the controversial Transatlantic Trade and Investment Partnership (TTIP) and is a strong supporter of the NHS.

Back to main news page